My story began in June 2016, where I was signing on to receive job seekers allowance with JCP Bulwell. After my initial sign on I then met with my work advisor who highlighted a number of opportunities and jobs that were currently available. Previously working in Customer Service based roles I was determined to use this opportunity to my advantage and decided that I wanted a change in career. My work coach kindly highlighted an opportunity to join the NHS via completing a sector based work academy with Access Training which consisted of a 6 week programme to improve my employability skills. After meeting with Access Training and completing the sector based work academy I was then offered taster days in a number of areas across the hospital which was arranged. My first visit was with the Radiology department at QMC where I did 2 days unpaid work experience to see if I enjoyed the area and workload expected of me.

I went home on the second day thinking it was absolutely where I wanted to be and I embarked on my career by joining the Clinical Support Division at NUH working within the Radiology department as an apprentice.

As part of my apprenticeship I began to study for my level 3 in business administration whilst learning all required skills to complete my day to day workload. A few months into my journey with Radiology I had already became member of the team understanding the complex systems they use to book appointments for outpatients. In December 2016 full time vacancies where advertised for the Radiology department so I discussed this with my line manager and decided it was the right time for me to apply. A couple of weeks later I was interviewed for a Band 2 Radiology Administrator post and was successful in gaining a permanent contract.

In September 2017 there was an opportunity presented for myself to progress further by taking up a secondment as an administration supervisor, I reviewed the essential and desirable sections in the job description and felt I met the criteria so I applied with my expression of interest.

Approximately 2 weeks later I then was informed that I had been successful in the shortlisting process and was offered an interview, from this I was successful in my application for the post and began my journey as a Band 3 supervisor, The secondment was for 3 months and in those 3 months it made me realise that this was something I wanted to continue to do in my working career. Luckily the department was undergoing a workforce change, meaning the department was being restructured which led to permanent supervisor positions being made available. I then decided to apply for the MRI Administration Supervisor position from which I interviewed for this post and was successful in securing the position

In December 2017 I began working with a small team of 9 running the day to day administration duties within the MRI department. Once in post my line manager approached me to see if I would be interest in taking on another NVQ to better my skills and knowledge within the management sector. I happily accepted and sign up to complete my ILM level 3 in Management.

After 1 year of being in post I then began to look at other career opportunities within the Trust. Whilst looking through the available jobs on NUH intranet I found a Band 3 Administrative support officer role within the Human Resources department. Here I would be involved in the Equality, Diversity and Inclusion team and the People Transformation team.

I applied for the position outlining my previous work history and a few weeks later received a phone call to say that I had been shortlisted for an interview and could I attend. I happily accepted the interview and attended a few days later I was interviewed by my current line managers/team. From this I was successful and I am now part of the Equality, Diversity, Inclusion and People Transformation team whilst still completing my ILM Level 3 in Management.

I have since completed my ILM level 3 in Management and in 2019 I won the Apprentice of the Year award for Access Training for completing my management qualification. 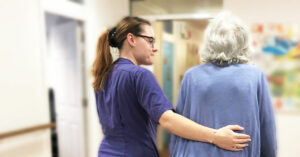 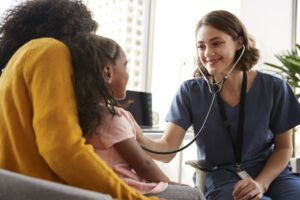 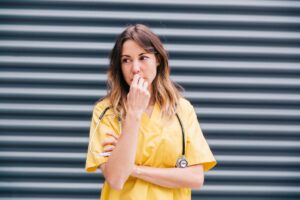